Based in Trenton, Ontario, Mystical Distributing warehouses, sells, and distributes fireworks to retailers across Canada. The aged building was in need of a new roof as a few leaks were having the potential of affecting product quality.

This facility was actually an original Butler Building with a “flat endwall” on the west side and also included an addition on the east side which contributed to its total roof area of 55,000 sq. ft.The project also required the removal of the large cooling tower and structure which was centred in the roof area. (see photo)

The solution we provided used two Butler re-roofing systems: Butler’s Hi-Pro Metal-Over-Metal system and Butler’s Slope Build-Up Re-Roof system. The Hi-Pro system follows the existing roof profile from the outside edge of each building up to the ridge of each building.Then the Slope Build-Up system was used to get rid of the flat endwall and match the roof slope and ridge height of the remainder of the building. (Note the differences in the framing shown in the pictures.)

Instead of having two differing roof slopes, the building now has the same roof slope throughout the entire roof area. 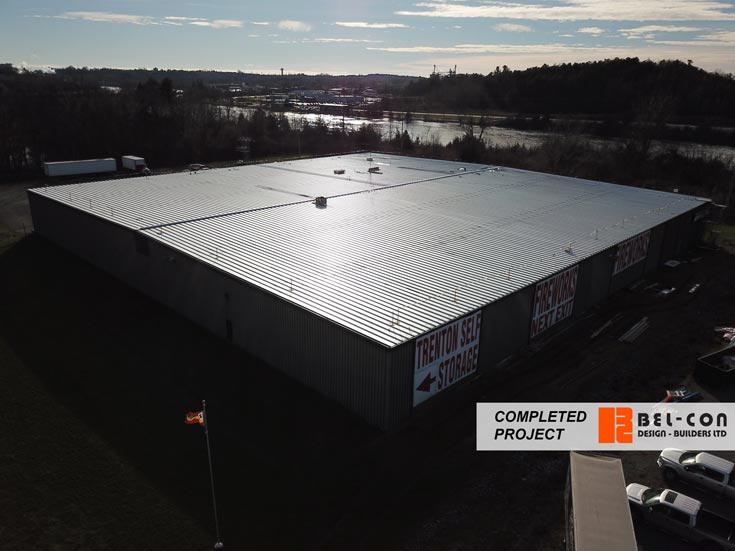 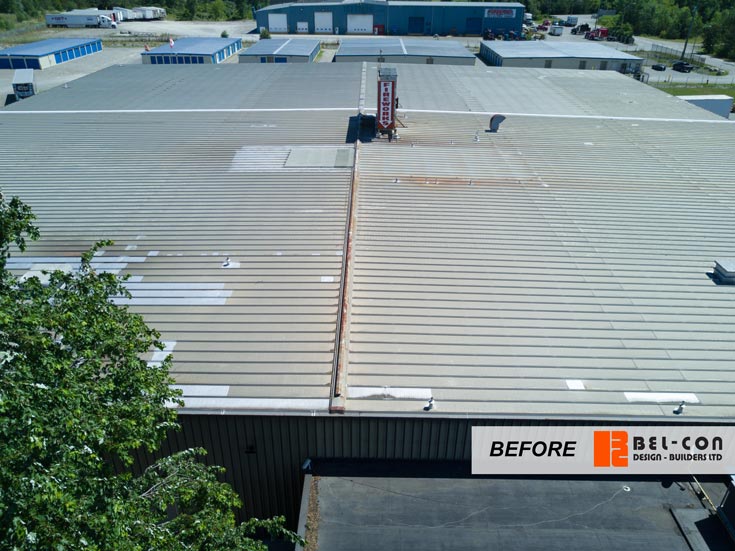 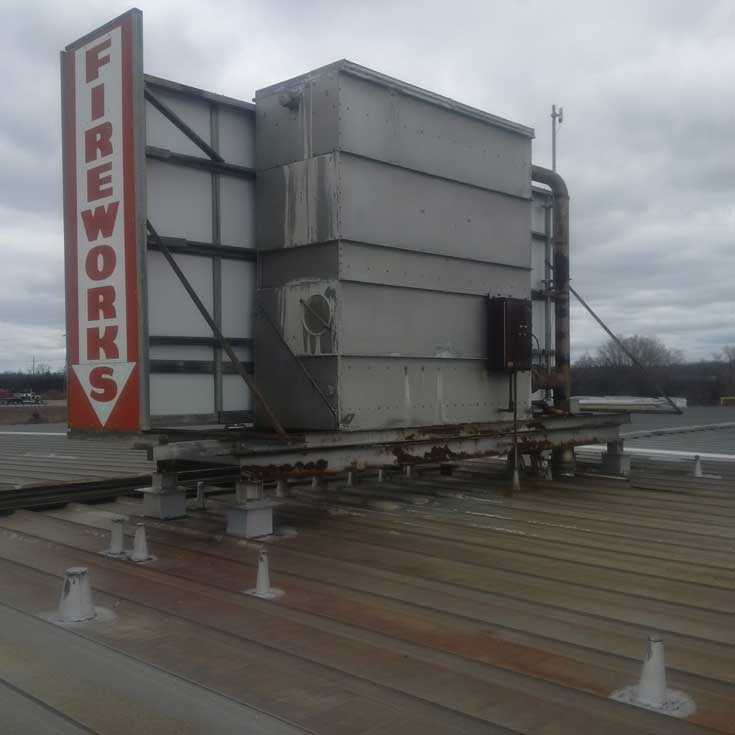 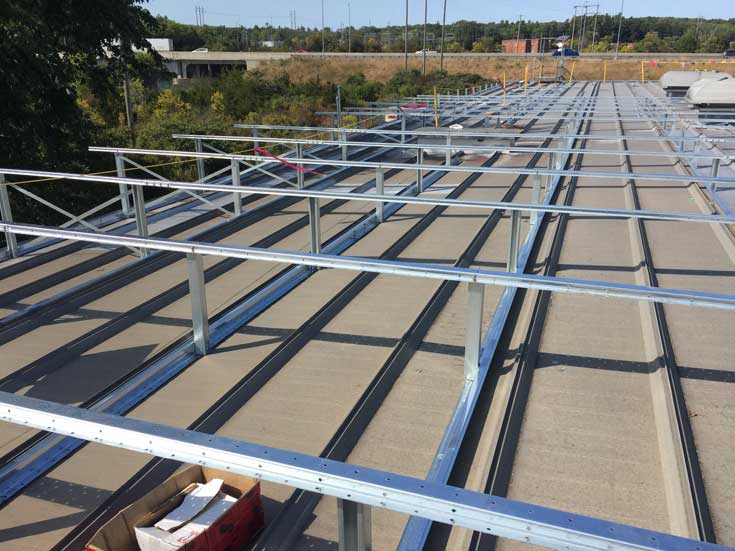 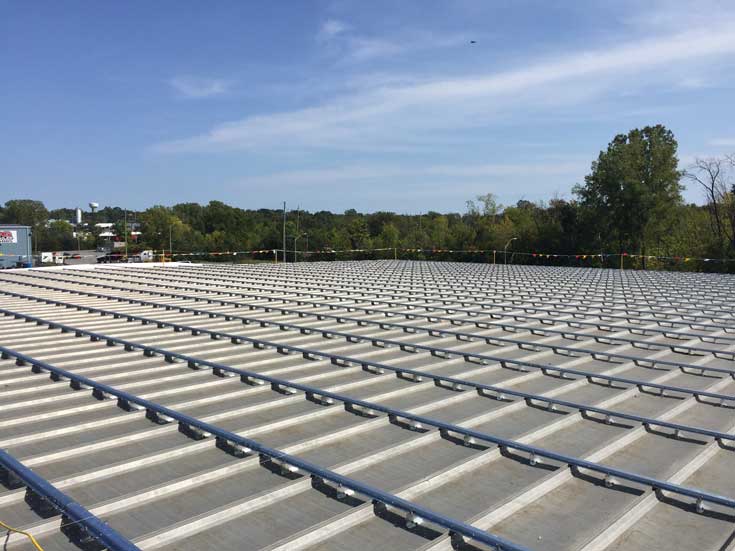 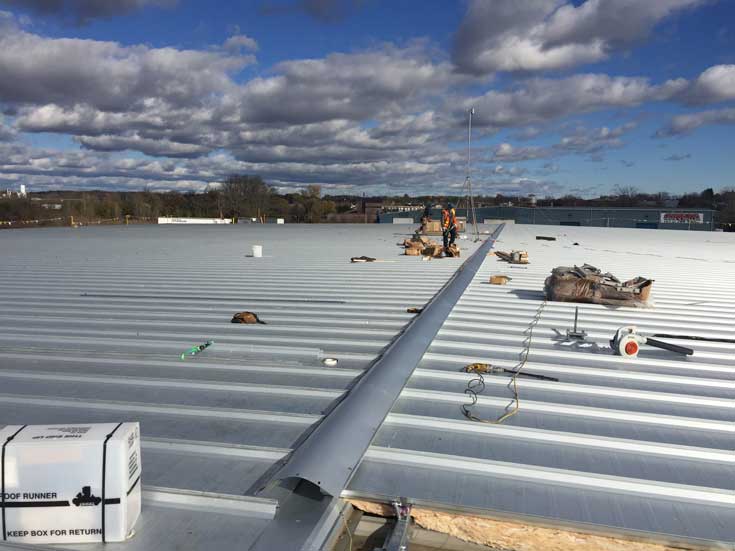