Based in Napanee, Ontario, Bag to Earth produces paper leaf and yard waste bags. The aged building was in need of a new roof as leaks were affecting product quality and production.

This facility had a unique challenge in that it is actually two Butler Buildings built side-by-side. Where the two buildings abut there was an interior gutter. The landlord hired Bel-Con to design and build a re-roof system that would eliminate the old internal gutter system which was a source of leaking in this old facility.

The solution we provided used two Butler re-roofing systems: Butler’s Hi-Pro Metal-Over-Metal system and Butler’s Slope Build-Up Re-Roof system. The Hi-Pro system follows the existing roof profile from the outside edge of each building up to the ridge of each building.  Then the Slope Build-Up system was used to get rid of the interior gutter. (Note the differences in the framing shown in the pictures.)

Instead of having two roof ridges, the building now has just one. The new roof system solved the leak issues and more!  The tenant is now also reporting dramatically lower energy costs due to the increased insulation added as part of the re-roof system. 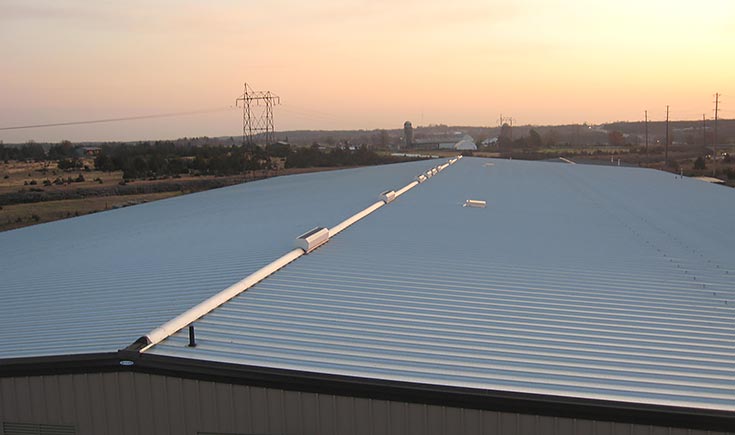 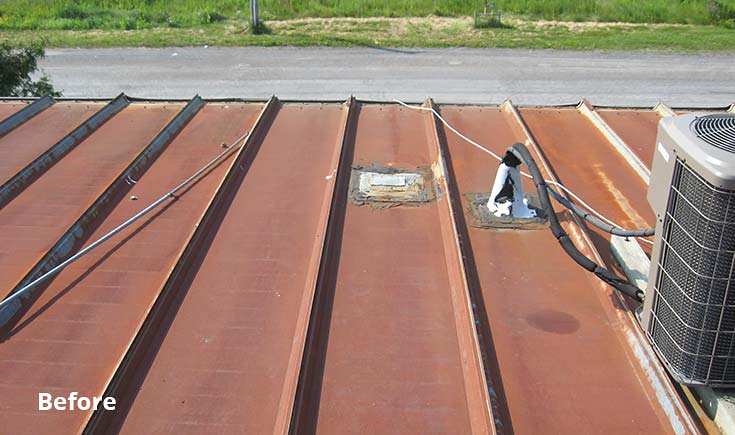 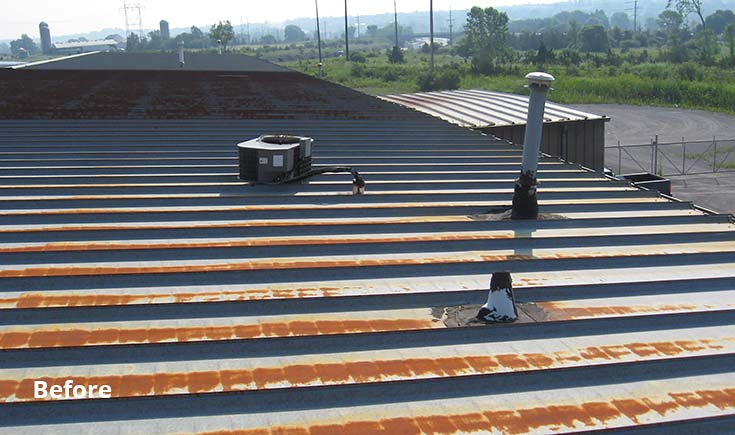 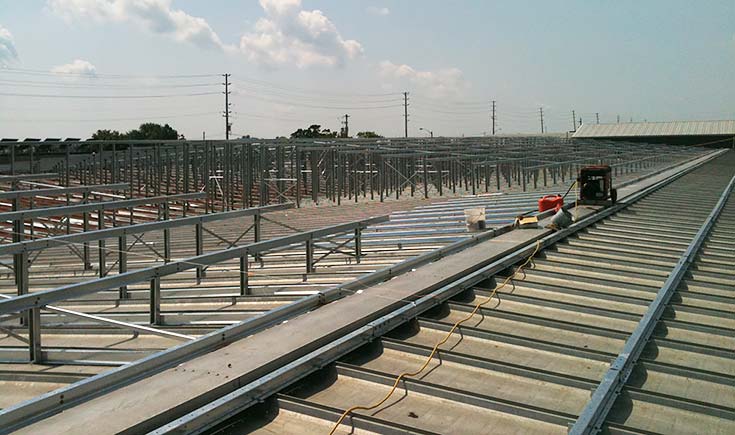 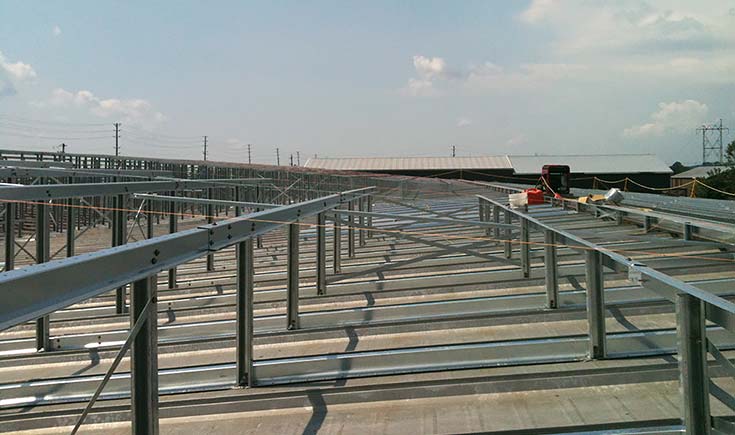 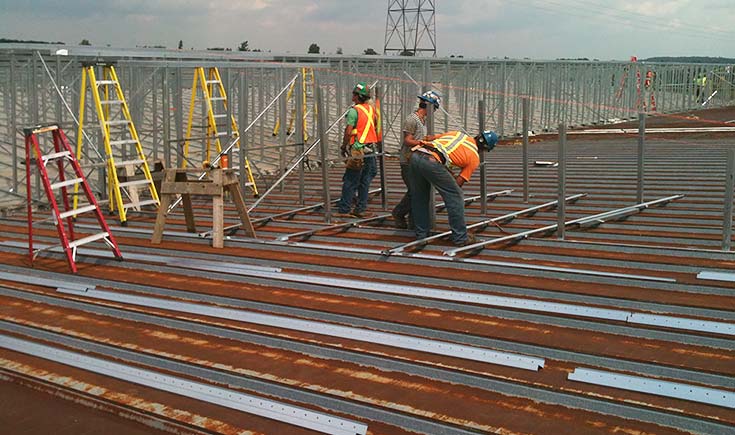 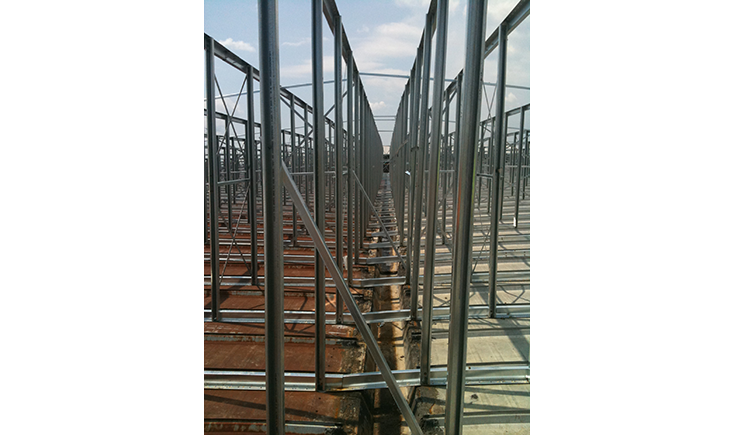 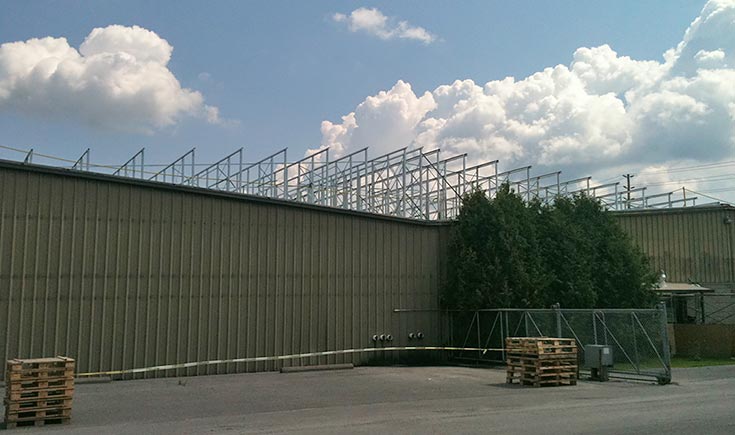 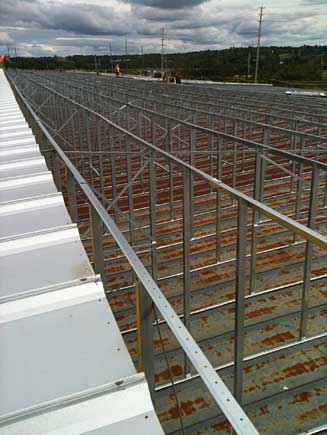 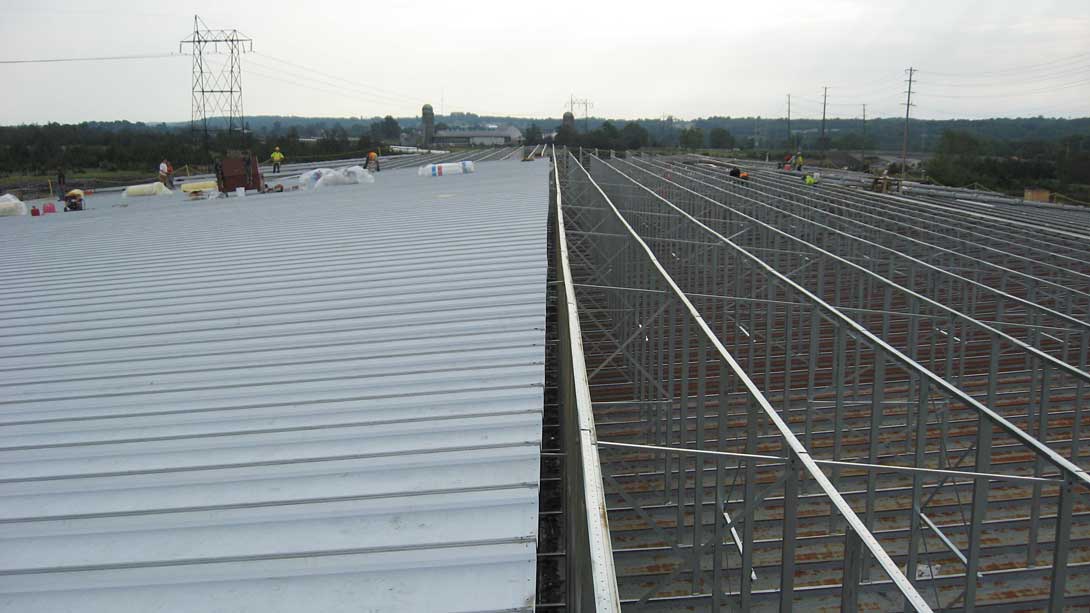 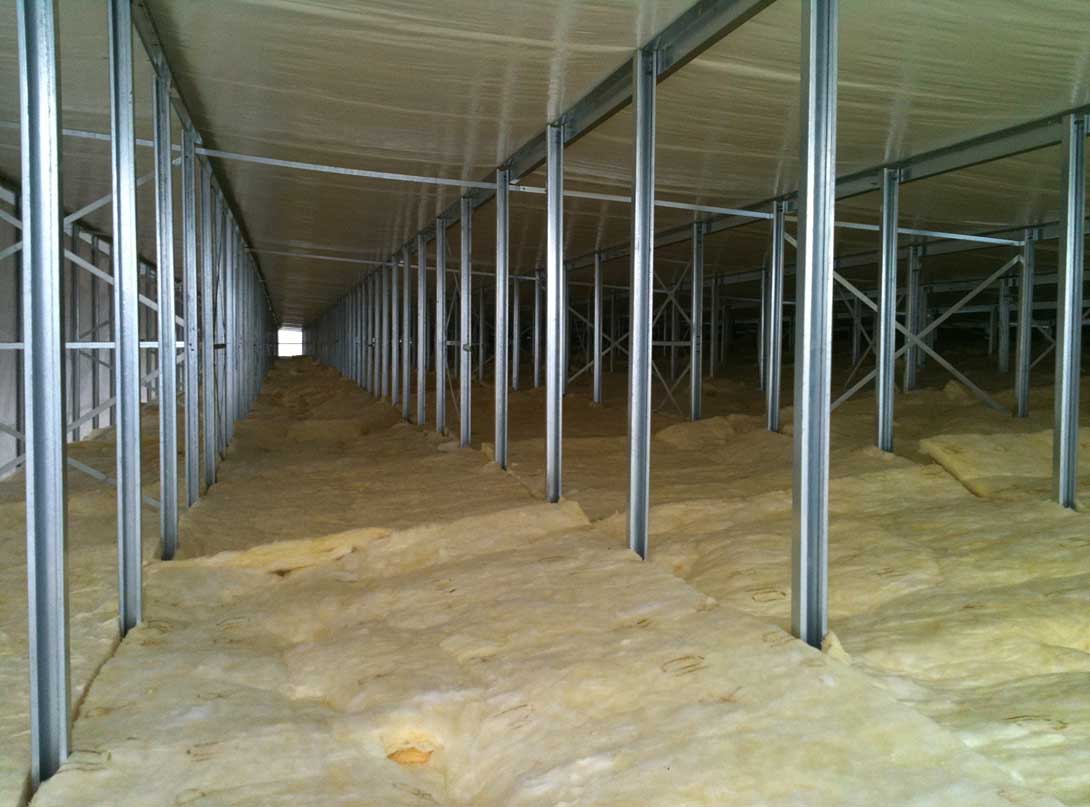 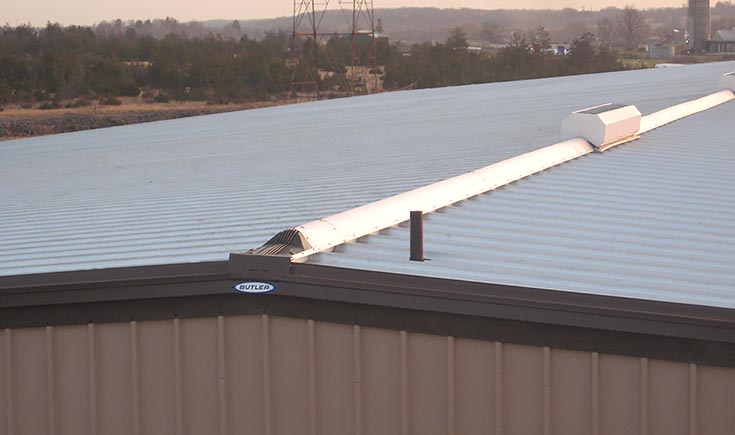 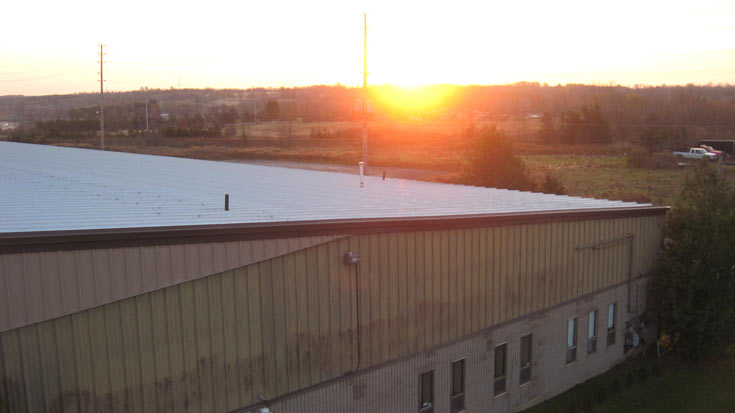